Listeria monocytogenes is a bacterium which can give rise to food poisoning and so is a serious food safety concern in food production.

In 2015 according to Public Health England, there were 169 cases of listeriosis in England and Wales. This might not sound many, but the mortality rate for this pathogen is high at approximately 30% of cases.
The elderly and unborn / newly-born babies are most vulnerable to the disease. Listeria monocytogenes is the only member of the genus Listeria which is recognised as a human food pathogen. However, all Listeria species have the same growth requirements, and so the presence of a ‘non-hazardous’ Listeria can be indicative of the presence of Listeria monocytogenes.

Listeria is found in the general environment and so can be associated with any food that is grown in association with the soil (e.g. salad leaves). This bacterium can:

These characteristics enable Listeria and Listeria monocytogenes to cross-contaminate foods that have undergone a process to eradicate vegetative pathogens (e.g. cooking), and so it can pose challenges to food manufacturers.

Where to look for Listeria
When monitoring for the presence of Listeria in a food production facility there are key areas to look at. Two of the most frequently contaminated are: 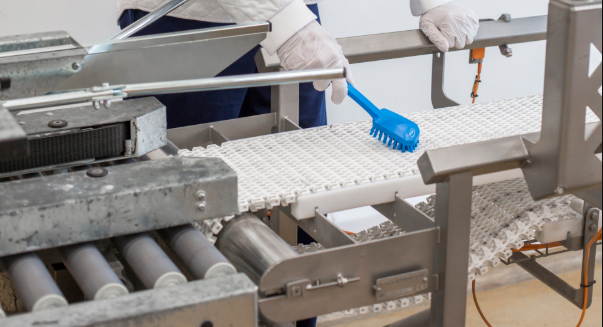 Cleaning equipment is often forgotten when considering how to maintain a Listeria-free production environment.

Japanese scientists have developed a technique to transform a copper-based substance into a material that mimics properties of precious and pricey metals, such as gold and silver. The new medium, made of copper nanoparticles (very small copper-based structures) has promising applications in the production of electronic devices that would otherwise depend on expensive gold and silver counterparts. It is also suitable in the fabrication of electronic components using printing technologies that are recognized as environmentally friendly production methods.

The study was published on January 29 in Scientific Reports, an online open access journal managed by Nature.

The development of the Internet of Things (IoT) has quickly increased the demand for thin and wearable electronic devices. For example, IoT depends on communication between devices, which requires antennas that have so far required expensive gold and silver-based metal composites.

To date, existing techniques for the preparation of copper nanoparticles have not been ideal as they resulted in impurities attaching to the material. Since these impurities could only be removed via extremely high temperatures, copper nanoparticles that were created at room temperature were impure and thus could not solidify into usable parts. Until now, this has been one of the hurdles to creating a more cost-effective alternative to gold and silver parts in electronic devices.

The joint study between researchers at Tohoku University and Mitsui Mining & Smelting Co., Ltd in Tokyo reports the successful synthesis of copper nanoparticles with the ability of solidifying at much lower temperatures while remaining pure. The team has altered the structure of the copper nanoparticles and rendered them more stable so that they do not degrade at low temperatures. 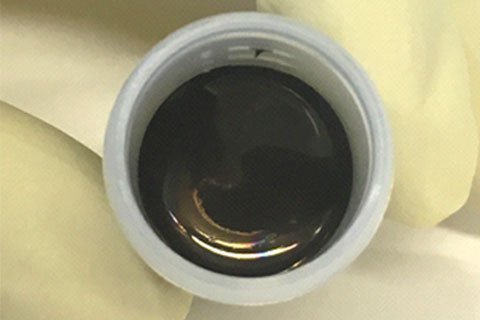 “Copper has been an attractive alternative material in the preparation of electric circuits. The most important part of using copper is altering it so that it solidifies at low temperatures. So far, that has been difficult because copper readily interacts with the moisture in the air and degrades, which turns into unstable nanoparticles. With the methods used in this study that alter the structure of the carbon and thereby making it more stable, we have successfully overcome this instability issue,” adds Kiyoshi Kanie, Ph.D., associate professor at the Institute of Multidisciplinary Research for Advanced Materials of Tohoku University.

The researchers hope to expand the application of their copper-based nanoparticles beyond just electronics. They believe that this material will be useful in other sectors as well. “Our method effectively created copper nanoparticle-based materials that can be utilized in various types of on-demand flexible and wearable devices that can be fabricated easily via printing processes at a very low cost,” Kanie adds.

was founded in 1936 with the entrepreneurial spirit of Angelo Sibilia. The company’s first industrial reform began in 1947, with the construction of a cast iron foundry that. Since 1993, the technical direction of Sibilia was taken by Alberto Sibilia, the founder’s son, who quickly brought Sibilia to a position of worldwide leadership in the Industrial Vacuum Cleaner sector. Today we are present throughout the entire world throughout an extensive network of agencies and partners.

ISO 9001 : 2008
Every vacuum uniti s subjected to rigorous examinations and is tested under the most heavy conditions, in order to meet the highest quality standard. Most of Sibilia’s vacuum cleaners undergo inspections by external and international boards who test the following parameters: -filtration efficiency -efficiency in the waste disposal of toxicant or dangerous material -protection against electrostatic discharges -work suitability inside explosion risk zones (Atex)

Anyone familiar with Vikan’s product range today can see that the rest is history, so to speak. Vikan is known throughout the world as the leader in hygienic cleaning tools – tools that clean effectively over the long haul and can be kept clean, enabling them to also clean hygienically. An interesting aside in this connection is that sometimes it’s not the materials that are used in a product, but the materials that are no longer used, that make the difference. For instance, by doing away with staples and resin, and using fully moulded bristles instead, our UST range has removed two potential food contaminants from the equation.

Today, cleaning tools that come into contact with food are subject to yet another materials-related requirement: food-contact compliance. Here too, Vikan is an industry leader, using only food-contact-compliant materials where applicable and, critically, making proof of this compliance readily available on-line in the uniquely detailed Declarations of Compliance we produce for every hygienic cleaning tool we make.

In the context of Vikan’s history, the materials we have used – from wood and natural fibres on to plastic, food-contact-compliant plastic and nylon – have played a critical part in our leadership in hygienic cleaning tools for the food and beverages industry.

How to vacuum and separate the oil mixed with shavings? DU-PUY has developed tailor-made solutions together with professionals in the engineering sector. The result ? Bucket vacuum cleaners, powerful and able to increase the profitability of your business.

The suction of oil, lubricants and shavings requires special wheeled vacuum cleaners. Suction, filtration, separation and unloading must perfectly meet the needs of the mechanical sector. DU-PUY suction bucket units offer low purchase costs and minimum maintenance.
Their characteristic? They allow you to recyle the oil used and lower the costs of your production plant.

When we wanted to clear the road we needed some people to clean the streets with brooms. this has many disadvantages and cleaning is not done to the maximum, a lot of time is spent, the area being cleaned is limited and there is a lot of dust.

is a solution to clean road infrastructure, more effective, cleaner, faster and can expand a wider area. 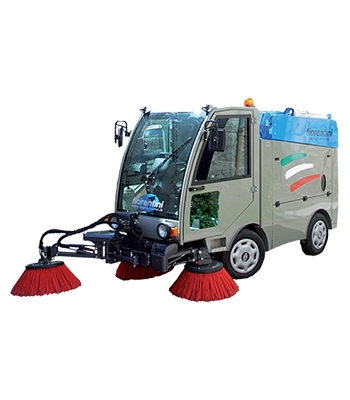 is the world’s leading supplier of hygienic cleaning tools for the food and beverage industry and other hygiene-sensitive environments.

With headquarters in Denmark and over a century of experience, we’ve amassed the industry’s biggest bank of hygiene and regulatory insights, and used this to develop the world’s most effective professional cleaning tools and advisory services. All to make sure that our customers can deliver each and every product they manufacture with pride and confidence.

A floor scrubber dryer is considered to be the ideal floor cleaner for any hard floor. It works by scrubbing, cleaning and drying your floor. Using a floor scrubber dryer has multiple benefits. The first of which is that it is an incredibly efficient and easy to use method of cleaning. It saves huge amounts of time and effort against the traditional mop and bucket method of cleaning. Its cleaning ability is far more effective than a mop. It cleans uniformly and consistently at all times ensuring that you do not have to go back over the floor “for the bits you missed” and that you have a reliable result each time it is used. This efficient cleaning will also be saving you money in labour costs!

From a Health and Safety perspective the use of a scrubber dryer brings many advantages. Both the water and cleaning chemicals are contained within the machine, thus preventing chemical spills or over flowing buckets causing an issue. Along a similar line, as the machine dries the floor after it cleans this prevents any slip hazards or disruption waiting for the floor to dry!